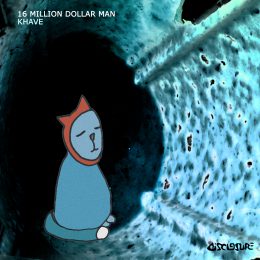 The next release from Disclosure UK comes in the form of ‘Khave (Part 1)’ – 16 Million Dollar Man. 16 Million Dollar Man skilfully entwines an energetic techno feel with a spirit of tribal natures, that is sure to be unlike anything you have heard before. On paper, it would seem as though these two musical elements wouldn’t work together, but 16 Million Dollar Man has proved his talent once again. An exciting track that will stimulate and inspire its listeners. The addition of a Dub version of the track further enhances this release. The only question now is when will we be able to get our hands on Part 2??