Omid 16B – The Night / Electronics 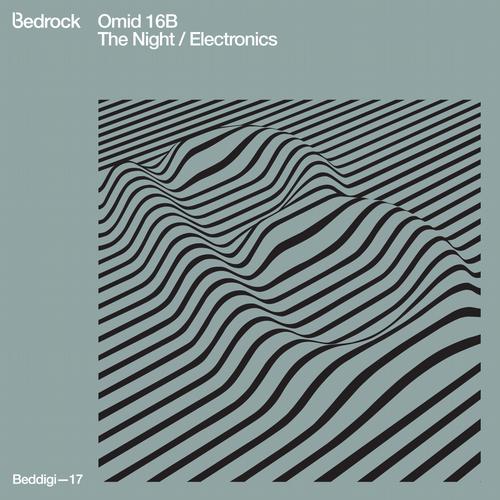 Its been almost a year since Omid 16Bs previous stunning release on Bedrock. Rain and Passion Of Zorro (BEDDIGI08) were both pure examples of Omids musical genius: uplifting, anthemic and downright danceable to the extreme. As always with Omid, they grooved to the max, which is why his return to Bedrock is such an exciting prospect. The Night and Electronics are both very driving tech-house cuts with a plethora of exciting peak and drops. The Night has a more techno feel to it, created by sonically crafted layers that build it into massive bursts of energy throughout.

Electronics was actually made over 3 years ago and has been rigorously tested and played out by myself many times before I signed it to Bedrock. Watch out for the bass loop drop, because that definitely gets a roar from the crowd every time! – Omid 16B Omid is an artist who isnt just a DJ/producer, but also a songwriter and musician who has played a range of musical instruments from an early age and has spent most of his life involved in music. Head of the SexOnWax, Disclosure and Alola labels, he is seen as a key tastemaker across the electronic music scene.

As a respected artist of high calibre, Omid has released several albums to critical acclaim and released an epic number of amazing singles and remixes over the years. He has created a distinctive style and unique expression that constantly inspires, and is nothing short of a true showman. So you can understand why this new Bedrock release is going to cause a commotion! Omid is currently putting the finishing touches to a new 16B album that will emerge later this year. Meanwhile, isten out for an exclusive guest mix coming soon on John Digweeds Transitions radio show.

Out now on Beatport