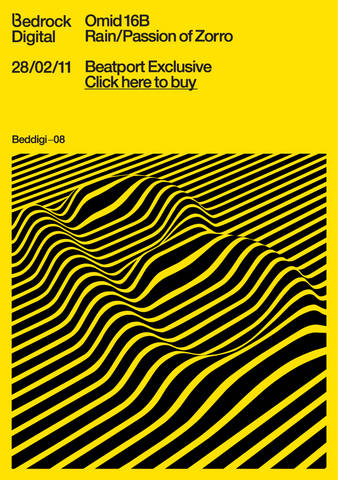 As a respected artist of high calibre Omid has released several albums to critical acclaim, and released an epic number of amazing singles and remixes over the years. He has created a distinctive style and unique expression that constantly inspires, and is nothing short of a true showman.
So you can understand why this Bedrock release is going to cause a commotion. Rain was written straight after a long 60-date tour with SOS, which resulted in some key changes in Omids life, getting the balance right. Another change was, a decision that he would stop just releasing on his own labels and think of the people he would most like to work with. John Digweed heard Rain, tested it out and signed it immediately to Bedrock. Its a pure example of Omids epic musical genius, uplifting, anthemic, and downright danceable to the extreme. This is one not to be missed! This is a master at work!